Posted on 24/02/201402/10/2020 by Cuerdas Pulsadas
If a few years ago they had told me about a consolidated and reference festival in the Spanish panorama of early music, it would have been difficult for me to associate it with my beloved hometown, Zamora . However, and despite the difficulties, the International Music Festival “Pórtico de Zamora” is already an unmissable appointment in an incomparable setting . A pleasant surprise year after year. Everything that surrounds this festival breathes the passion for things well done and also that constancy so typical of the land (you can better ask, Sancho II): from the creativities of the posters, through the careful musical program (always articulated around a leitmotif) as well as the choice of environment. And it is that, for those who do not know Zamora, the contained beauty of San Cipriano and its surroundings represent the essence of the city and are the ideal continent for the atmosphere of ancient music. 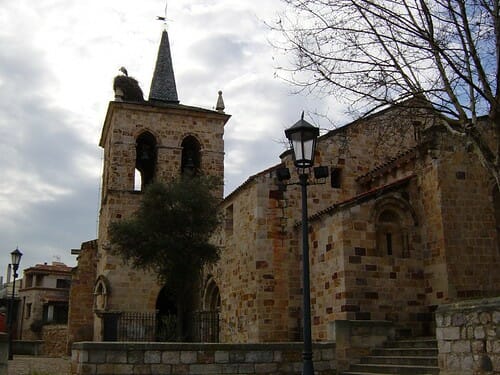 In this twelfth edition, and under the motto “ Crazy was the Melancholic “, you will be able to enjoy five concerts of a high musical stature and with an important presence of the plucked string. If in past editions we were able to listen to Hopkinson Smith’s German theorbo or Xavi Díaz’s baroque lute and vihuela, in this year’s edition we can see Jose Miguel Moreno (baroque lute), Rolf Lislevand in Hesperion XXI (from the Jordi Savall’s hand) or Jesús Fernández Baena in La Galanía (accompanying Raquel Andueza to the theorbo). But also, you can listen to the British group Tenebrae Consort or the Trío Arbós, in a tight and ambitious program, condensed in just three days. For those who want a preview of all of them:   “ Madness and melancholy were synonymous and melancholy has caused great genius in the field of the arts “, Alberto Martín commented in the presentation of the festival, whom we take advantage of here to congratulate for this new edition and to encourage so that this festival continues to shine with its own light. I also congratulate Jorge Martinde for the great artistic work behind Pórtico.   Other sources: La Opinión de Zamora, MusicaAntigua.com