Posted on 09/04/201405/02/2021 by Cuerdas Pulsadas
We are pleased to present, for the first time, one of the latest works by Kacper Wierzchoś: a qualitative and semi-quantitative chemical analysis of gut strings for guitar and bow, where a comparison between strings from the beginning of the 20th century and manufacturing strings is shown. current. Kacper was born in Poland twenty-five years ago and after two years he emigrated with his parents to Spain. From a pianist mother and scientist father, at the age of thirteen she began to study piano with her mother. Shortly after, she began to study guitar at the “Taller de Músics” academy in Lleida and later moved to Madrid to study physical sciences, and where she currently continues her musical training with Francisco Milan since 2011. Recently she also receives classes from Carles Trepat. 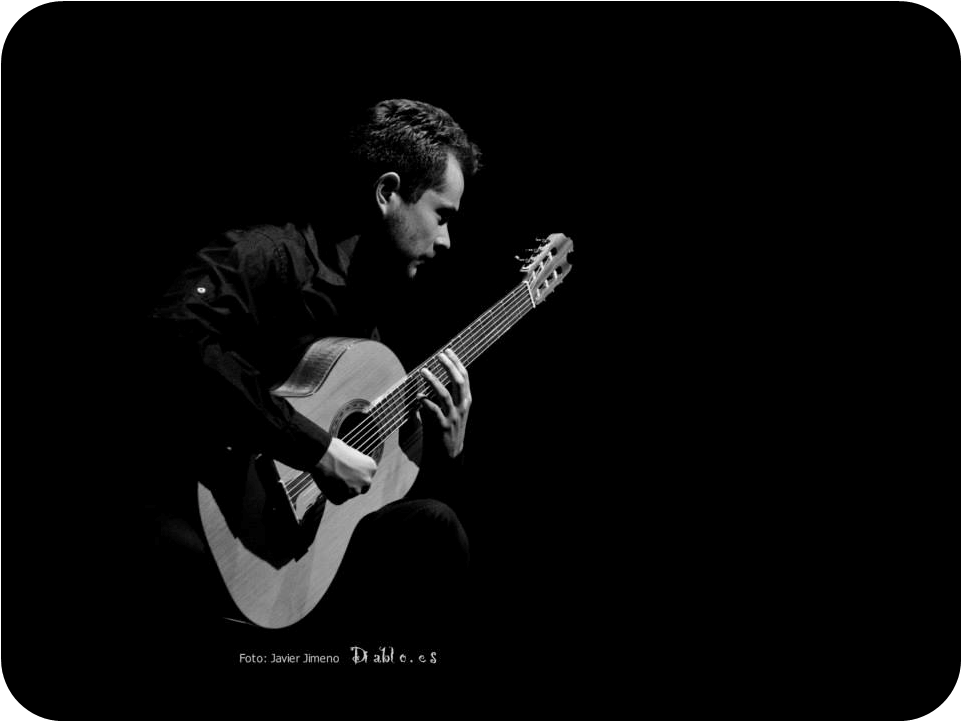 Kacper, it’s a pleasure with you in Cuerdas Pulsadas and to be able to publish your latest research work. All your musical training has been outside the academic field of conservatories, has this path been a deliberately chosen option? In what sense do you think a regulated training would have been beneficial?

True, all my musical training has been free, I have never been formally linked to a conservatory. Not that it was a premeditated decision, I just got used to studying on my own with private tutors and never felt the need to go to the conservatory. This has its disadvantages, for example I had to study harmony with books on my own. Probably attending the conservatory would have helped me reinforce certain aspects of my training but hey, I like the idea of going it alone. With passion, good teachers and books everything can be learned.

It seems that in recent years the interest of some guitarists has increased to recover the less contemporary heritage of the guitar, seeking the technique, style and sound of the first half of the 20th century. What are your musical references?

As a musician, that period you name is the one that has interested me the most for some years. Some of the musical references for me have been Enrique Granados, Manuel de Falla and Fryderyk Chopin. In addition, I have always felt a great fascination for the unattainable figure of Miguel Llobet, for the refinement of his music and for the transcriptions that he did. I think that his way of understanding music is often only pigeonholed in the style of an era, without ever glimpsing the source of his inspiration, which for me is timeless. It is true that lately the interest of some guitarists for that particular time is increasing, and I think that in large part we owe it to guitarists like Carles Trepat or Stefano Grondona, both references for me. I recently acquired a Hijos de Francisco González guitar from 1890 that will soon be repaired and which I hope brings me closer to the sounds of Llobet’s time.

In your latest research you combine your scientific and musical side, what has led you to compare 20th century gut strings with current strings? What are the most relevant conclusions you have reached?

The analysis of the gut strings that is published here has been the result of my curiosity for that ancient sound so rare today. I think that apart from the instrument, the strings also play an important role in this type of music and that many times fingerings from the beginning of the 20th century, difficult to understand from our current perspective, would be understood much better with vintage strings. For example, since I tried the wound silk snares, I have seen how fingerings on snares at high neck positions sound much more natural; It would seem that this music had been conceived looking for specific sounds that with nylon are not so evident. I have not analyzed all the gut strings that are made today far from it, I have simply observed some differences in the chemical composition of the current strings that I have analyzed when compared to the early 20th century gut that I have analyzed. I want to make it clear that I am not a rope manufacturer and surely there are things that escape me, but I believe that the data shown in the analysis is objective. Perhaps the most interesting conclusions are having observed the element magnesium in the two ancient gut strings, having seen that the two ancient strings had a less rough surface than the current ones, and having detected a kind of iron-rich mineral dust embedded in the old guitar string.

Thank you Kacper for sharing your work and for choosing us to publish your interesting analysis.

Many thanks to Cuerdas Pulsadas, for me this interview has been a pleasure and I am very happy that the analysis is published here.   > Download here the chemical analysis of gut strings for guitar and bow

This work is licensed as Creative Commons: Any exploitation of the work is allowed, including a commercial purpose, as well as the creation of derivative works, the distribution of which is also allowed without any restriction.